The Greens in Finland

Join us in making tomorrow greener!

The Greens are working on behalf of an equal, safe and fair future. We give a voice to those who would not otherwise be heard – nature, future generations, the vulnerable.

To build a better future, everyone is needed.

The Greens in Finland are a political party and social movement, uniting people from diverse backgrounds to change the world.

Maria Ohisalo is the leader of the Greens. She is the Chairperson of the party, a Member of the Finnish Parliament, Finland’s Minister of the Interior, and a Doctor of Social Sciences, and has worked as a researcher on poverty and inequality.

Background information about the Greens

The Greens have their roots in the green citizens’ movement of the early 1980s, which involved environmental activists, feminists, representatives of organisations for the disabled, and other active groups. The Greens were founded on 28 February 1987 and registered as a party in the following year. From the beginning, equality issues, the Nordic welfare state model, environmental protection and open democracy were important themes for the Greens in Finland.

The Greens’ first two parliamentary representatives were elected in 1983, before the party was even registered. In 1995, the Greens in Finland became the first Green Party in Europe to be part of a state-level Cabinet.

The Greens currently have 20 members of parliament and three ministers in the Finnish Government. They also have a strong influence in local decision-making around the country: in the 2017 local elections, the Greens won 12.5% of the national vote and became the largest party in Jyväskylä and Nokia. In the capital city of Helsinki, the Greens are the second largest party. 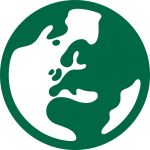 This website uses cookies to improve your experience while you navigate through the website. Out of these cookies, the cookies that are categorized as necessary are stored on your browser as they are essential for the working of basic functionalities of the website. We also use third-party cookies that help us analyze and understand how you use this website. These cookies will be stored in your browser only with your consent. You also have the option to opt-out of these cookies. But opting out of some of these cookies may have an effect on your browsing experience.
Necessary Always Enabled
These cookies are necessary for the website to function and cannot be switched off in our systems. They are usually only set in response to actions made by you which amount to a request for services, such as setting your privacy preferences, logging in or filling in forms. You can set your browser to block or alert you about these cookies, but some parts of the site will not then work. These cookies do not store any personally identifiable information.
Marketing
These cookies may be set to site by advertising partners. They may be used by those companies to build a profile of your interests and show you relevant adverts on other sites. They do not store directly personal information, but are based on uniquely identifying your browser and internet device. If you do not allow these cookies, you will experience less targeted advertising.
Performance
These cookies allow us to count visits and traffic sources so we can measure and improve the performance of our site. They help us to know which pages are the most and least popular and see how visitors move around the site. All information these cookies collect is aggregated and therefore anonymous. If you do not allow these cookies we will not know when you have visited our site, and will not be able to monitor its performance.
Save & Accept